Are You Three Feet From Gold?

One of my all time favorite books is called “Think and Grow Rich”, by Napoleon Hill. I’ve read this book more times than any other piece of literature because it always speaks to me. No matter where I am in my life, up or down, the lessons, stories and teachings in this book always seem to hit me square in the jaw.

But there’s one story in particular that stands out most and one that I use consistently to keep my client’s motivated. It’s the story of a man named Darby who hit the jack pot because he persevered and never gave up.

So when you think of giving up or you feel like throwing in the towel. Read and re-read this story and stay your course because you may be “Three feet from Gold!”

Excerpt from “Think and Grow Rich”:

Harby’s uncle had gold fever, so he staked his claim and started digging.  After a lot of hard work, the uncle found a vein of ore, so he covered up his find and returned home to raise the money for the machinery that he would need to bring the ore to the surface.

They raised the money and Darby travelled with his uncle back to the site to make their fortune.

Things started well and before long, they had enough to clear their debts.  They were excited, everything from here on would be profit and things were looking good.

Then the supply of gold stopped.  The vein of ore had disappeared.

They kept on digging, but found nothing.

After a while, they quit in frustration and sold their machinery to a junk man for a few hundred dollars.

After they went home in disappointment, the astute junk man called in a mining engineer who checked the mine and calculated that there was a vein of gold just three feet from where Darby and his uncle had stopped digging.

The junk man went on to make millions from the mine.

Darby returned home, paid back everyone who had lent him money and was determined to learn from his mistake in giving up too soon.

He went on to become a phenomenally successful insurance salesman, more than recouping what he would have made from the gold mine.

He learned the lesson that you need to persevere through difficulties and stay focused if you are to become successful.

Whenever you feel like giving up on your dream, remember that you may be just three feet from gold!

Steve Jordan is a nationally renowned personal trainer, health and fitness expert, and motivational speaker.  You can learn more about his remarkable work at SteveJordan.com

PrevPreviousBe Fit, But CrossFit?
NextTidy Up and Change Your LifeNext 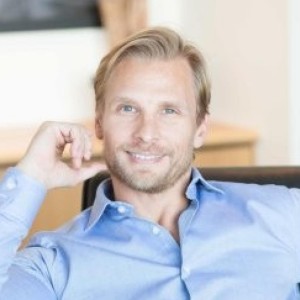 Born and raised in a musicians’ family in Bulgaria, Alexandra Dotcheva came to the US in 2000 after earning a bachelor’s degree in Music from...